UK television consists of hundreds of channels that are free to view, and even more through premium television services like Sky, Virgin TV, TalkTalk TV, or BT TV. Most of the big-name media companies are multi-channel broadcasters, such as the British Broadcasting Corporation (BBC), ITV Network Limited, the Channel Four Television Corporation, and Sky.

A great deal of entertainment and documentary television shows come through free to view channels while live sports and instant-access to premium content from overseas tend to be reserved for premium channels.

The biggest channels in the UK have created some truly spectacular shows which have either been broadcast around the world as they are, or have convinced overseas television executives to try and create versions that are more applicable to their audience – many of these attempts fall flat.

These are the biggest media companies and television channels in the UK right now. 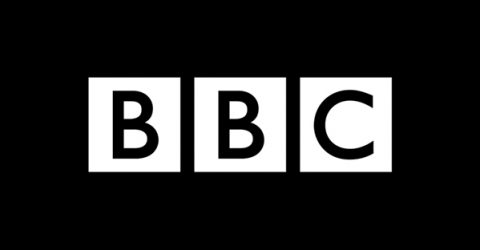 The BBC is the undisputed monarch of UK television. Due to the BBC being a public service broadcaster established under a Royal Charter, the channel does not show any traditional advertising, instead only showing adverts for its own upcoming shows in the breaks between shows. It’s the world’s oldest and largest broadcaster, responsible for a great deal of British pop-culture. While a small television licence fee to all households in Britain funds the BBC, it also makes a good chunk of its money – roughly a quarter of its revenue – from BBC Studios Ltd, which sells the BBC’s programmes and services to international clients.

The BBC has 25 channels, all of which are free to view. BBC One HD and BBC Two HD are the most popular domestically, but children’s television channels CBBC HD and CBeebies HD are also popular, as is BBC News, which is broadcasted worldwide. The media company is best known for its high-quality drama series, ongoing soap opera EastEnders, news programmes, football highlights show Match of the Day, the broadcasting of major sporting events, such as the World Cup, Euros, and Olympic Games, as well as its many, often David Attenborough-led, nature documentaries which are unrivalled on the global stage.

Some of the BBC’s biggest shows right now include Not Going Out, QI, Our Girl, Holby City, EastEnders, Live at the Apollo, Natural World, Peaky Blinders, Doctor Who, Match of the Day, Masterchef, Luther, Taboo, and the recent smash hit Bodyguard. BBC has long been known for its varied, high-quality programming, with the likes of Dad’s Army, Top Gear, Little Britain, Walking With Dinosaurs, Planet Earth, Blue Planet, Survivors, Sherlock, Faulty Towers, Blackadder, Red Dwarf, Mr Bean, The Thick Of It, The Office, and Merlin being among their greatest shows. 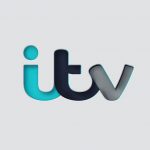 When it comes to the UK’s free to view channels, ITV is often seen as the BBC’s biggest rival, but instead of nature documentaries, ITV likes to indulge in reality television. ITV was launched in the ‘50s under the Television Act 1954 to provide competition to the BBC and stands as the oldest commercial television network in the UK. Like the BBC, ITV also shows major sporting events, often partaking in the coverage of the World Cup and Euros as well as recently restarting its live boxing broadcasting. Although not as decorated as the BBC, ITV has produced many great television shows which have been shown or replicated around the world.

ITV has 15 channels, all of which are free to view. ITV HD, ITV 2HD, and ITV 3 HD are their most popular channels, with the fairly recently launched ITVBe being created especially to target the younger female audience with shows such as Life on Marbs, The Only Way Is Essex, and Love in the Wild. The media company does have its fair share of top-quality dramas, but it’s best known for its reality television, game shows, and talent competition shows, such as The X-Factor, The Only Way is Essex, Britain’s Got Talent, and Ant & Dec’s Saturday Night Takeaway.

Some of ITV’s other big shows past and present include Emmerdale, Coronation Street, I’m A Celebrity… Get Me Out of Here!, Good Morning Britain, The Chase, The Jeremy Kyle Show, Judge Rinder, Love Island, Downton Abbey, The Cube, Who Wants To Be A Millionaire, The Bill, Primeval, Hell’s Kitchen, The Cube, Benidorm, The Avengers, Footballers’ Wives, and Downton Abbey. 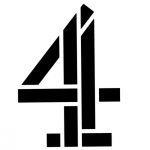 Channel Four Television Corporation is an independent corporation created by the state in the early ‘90s having been initially founded in the early ‘80s. Over the last decade or so, Channel Four’s primary channel, Channel 4 HD, has been making concerted efforts to stand out as the most progressive and varied channel in the UK, boasting many great programmes that explore society, sex, race, gender, health, and many areas of life which formerly weren’t given very much attention in mainstream media.

Channel Four has 22 channels, 13 of which are free to view. The channels cover almost every genre of show imaginable. Channel 4 is known for its niche documentaries, FilmFour is a good go-to source for movies on the Freeview platform, E4 is best known for showing imports from the US and comedies, and 4Music boasts both comedy shows and music television programmes, such as top-tens and the national music charts.

Well known as a top provider of comedy and off-beat shows, some of Channel Four’s biggest shows include The Inbetweeners, Green Wing, The IT Crowd, Peep Show, 8 Out of 10 Cats, Ramsay’s Kitchen Nightmares, The Great British Bakeoff, Shameless, Hollyoaks, Misfits, Troy, Supernanny, and Hit40UK. They also offer many shows imported from the US, including Brooklyn Nine-Nine, Agents of SHIELD, 2 Broke Girls, How I Met Your Mother, New Girl, Rules of Engagement, The Big Bang Theory, and Veronica Mars. 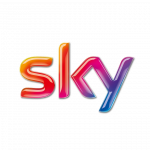 Sky is the premier premium television service in the UK, giving access to hundreds of channels that are unavailable on free to view platforms as well as a slew of its own exclusive channels and services. In the UK, Sky championed on-demand television, and its Sky+ box allowed subscribers to record shows. Sky also offers on the go streaming and download services through its Sky Go app.

Along with hundreds of other channels which come with the service, Sky boasts 68 of its own channels, three of which – Pick, Challenge, and Sky News – are available through Freeview. One of the biggest reasons why people join Sky is its huge Sky Sports channels offering that span the Premier League, EFL Championship, boxing, Formula One, international cricket, domestic cricket, the Indian Premier League, the NFL, the NBA, major golf meets, and much more. Then, there’s also the Sky Cinema offering which adds a new movie to its offering every day, often giving the chance to buy movies through its store before they are released on DVD.
For entertainment, Sky has Sky One and Sky Atlantic as its primary channels. Both channels import US shows as well as produce their own original programmes. Sky One currently imports The Simpsons, Modern Family, Supergirl, Hawaii Five-0 and has created the ongoing shows Strike Back, Jamestown, Stan Lee’s Lucky Man, Trollied, and Sick Note. Sky Atlantic is billed as the go-to channel for first run US programmes, often showing them at the same time as they are shown in the US or on the same day. Sky Atlantic’s biggest US shows include Game of Thrones, Billions, Boardwalk Empire, Ray Donovan, True Detective, and Westworld. Sky Atlantic also creates its own programmes, which so far include Penny Dreadful, Britannia, Fortitude, Das Boot, The Last Panthers, Patrick Melrose, and The Young Pope.

Along with the BBC, ITV, Channel Four, and Sky, there are some other companies which boast a share of television channels in the UK.

BT Group: Not too long ago, BT opted to muscle in on the live sports scene, prying away a Premier League game or two away from Sky Sports each week as well as paying astronomical numbers to be the exclusive UK broadcaster of the UEFA Champions League and UEFA Europa League. The BT Group have 11 channels, none of which are free to view. 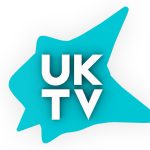 UKTV: UKTV is made up of 24 channels, six of which are readily available on Freeview. Their main channels, such as Dave, Drama, Eden, Home, Yesterday, Gold, and Alibi make up the bulk of their programming from re-runs of older shows.

Viacom International Media Networks Europe: Viacom delivers a number of US-themed channels as well as the UK’s Channel 5. Their selection also includes 5STAR, 5 USA, 5Spike, and a myriad of MTV channels. Only 11 of their 30 channels are free to view.

Other Sports Channels: Premier League clubs Manchester United, Chelsea, and Liverpool all have their own premium channels with MUTV, Chelsea TV, and LFC TV. Premier Sports picks up the NHL, the EIHL, some European football leagues, and NASCAR. Box Nation mostly shows re-runs of old fights and picks up the live bout that Sky Sports, ITV, and BT haven’t already claimed. 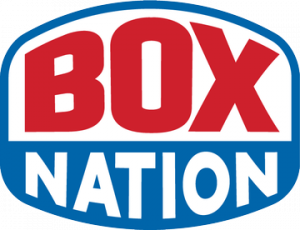 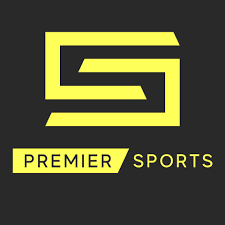 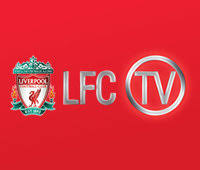